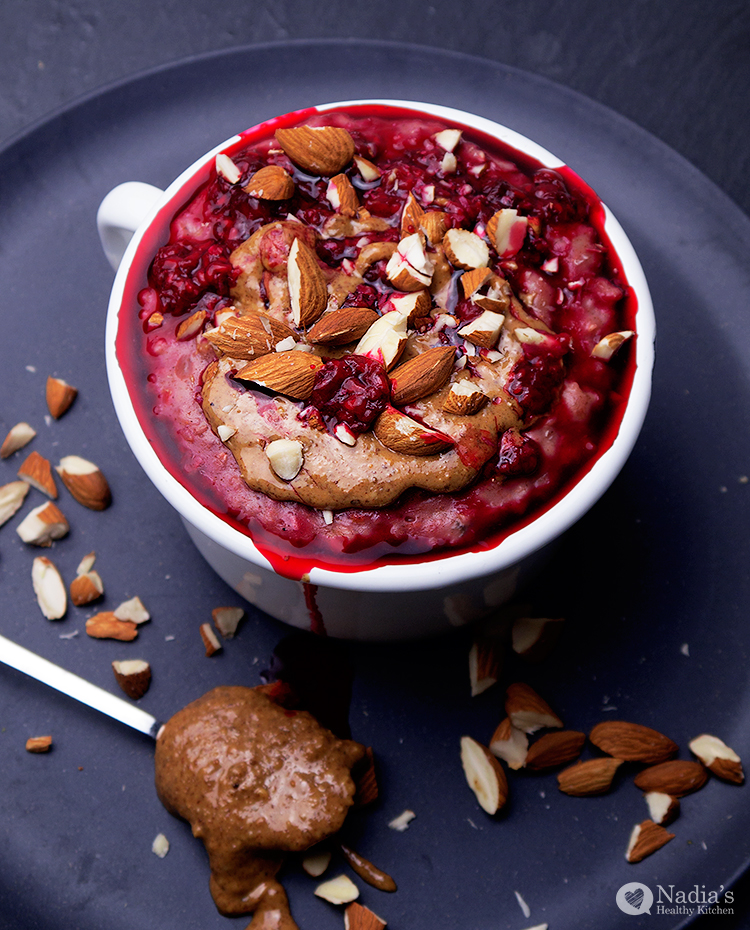 Nut butters can be such a life saver in the morning. They’re a great go-to option, especially on those days when you need something quick or can’t be bothered thinking of something to make but still want to eat something healthy. They’re a great source of vitamins, minerals, healthy fats and protein to start your day off right. They’re also a great addition to porridge.

Adding a tablespoon of nut butter to your porridge makes it so much creamier, richer and so much more delicious! Using dairy milk gives porridge that lovely creaminess, but if like me you’re avoiding dairy it’s more difficult to achieve – that’s where nut butters come in! 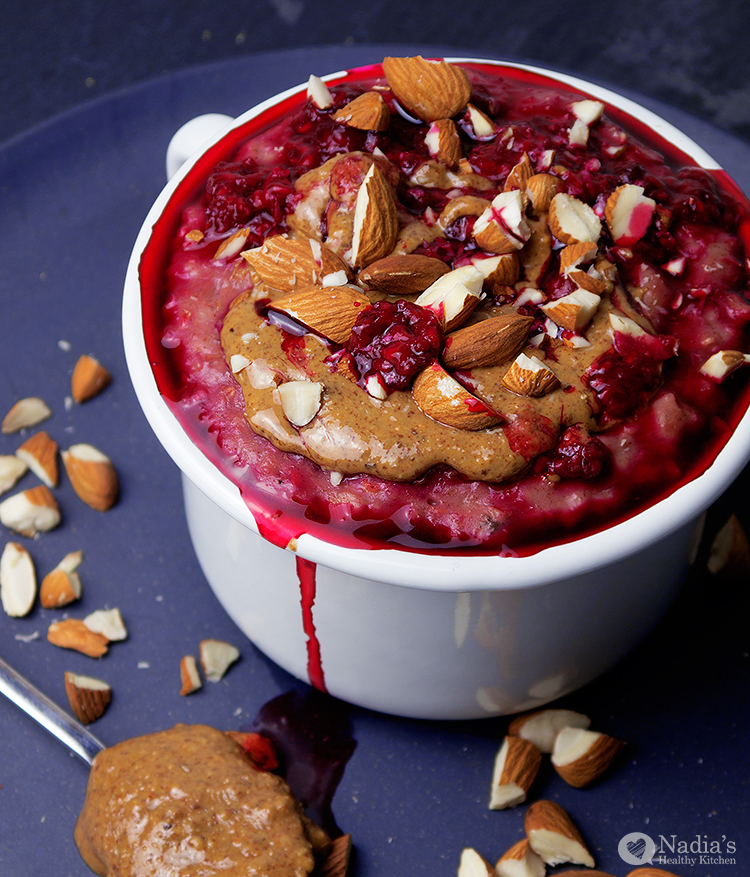 This raspberry almond porridge is so quick and easy. I never struggle with finding a healthy breakfast but a lot of people seem to find it more difficult. Making something like this porridge is an easy way to get some good food in your belly that will give you the energy for a busy, productive morning. It’s warming and comforting – perfect for cold winter mornings.

I feel it’s important to stay away from added sugar as much as possible. As a nation we tend to eat far too much sugar, most eat more than the recommended 6 tsp of sugar a day, and that’s usually unintentional because sugar is everywhere! Basically most packaged foods have added sugar in to make them taste good. So I feel if I don’t have to add sugar or sweetener to a recipe I would rather avoid it.

To sweeten this porridge, I used a mashed ripe banana. You would be surprised at how much sweetness a ripe banana will add. Much better than adding sugar, honey or maple syrup, but of course you always have the option of adding those if you feel it’s not sweet enough for your liking.

Because almonds go so well with raspberries, I’m using creamy, natural and unsweetened almond butter which I got from Muscle Food. Since it’s no longer the season for raspberries a better option would be to buy frozen as they will probably be fresher and are generally cheaper and much more convenient.

This raspberry almond porridge is dairy-free, vegan, sugar-free and can be made gluten-free by using gluten-free oats. 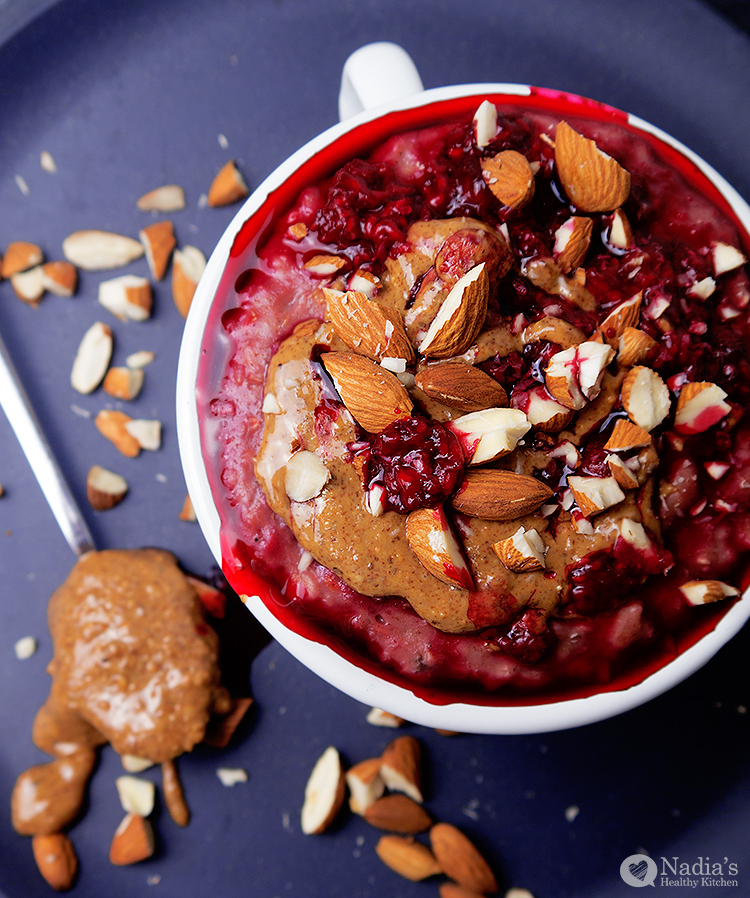 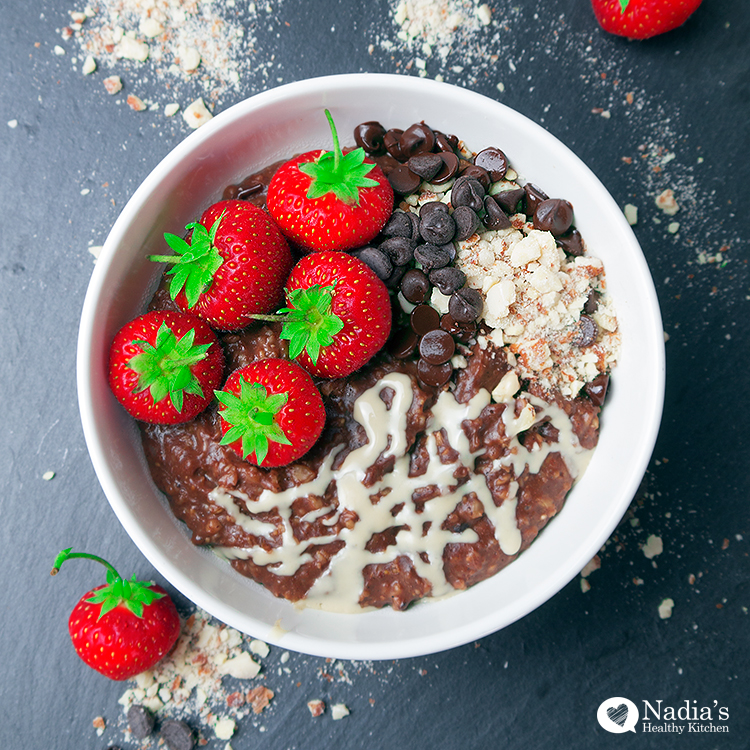 How to Make Healthy Porridge 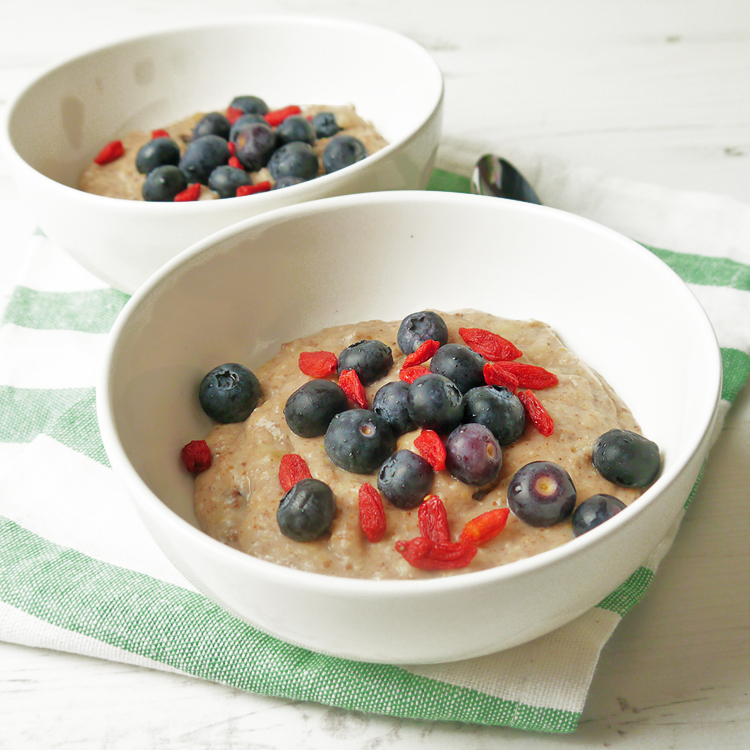 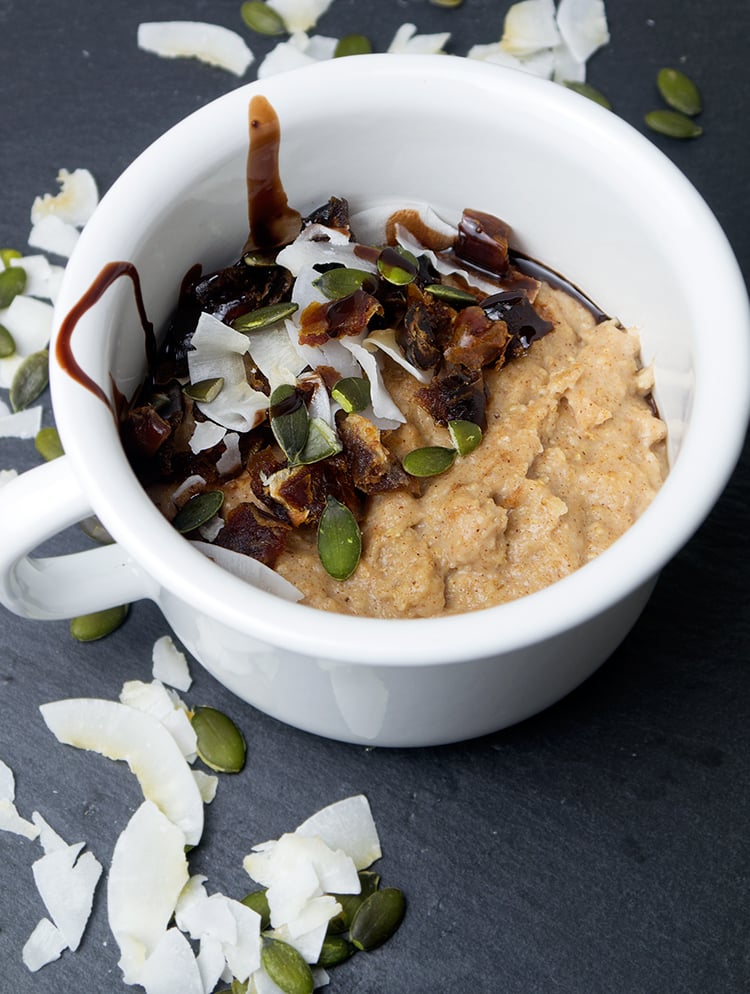