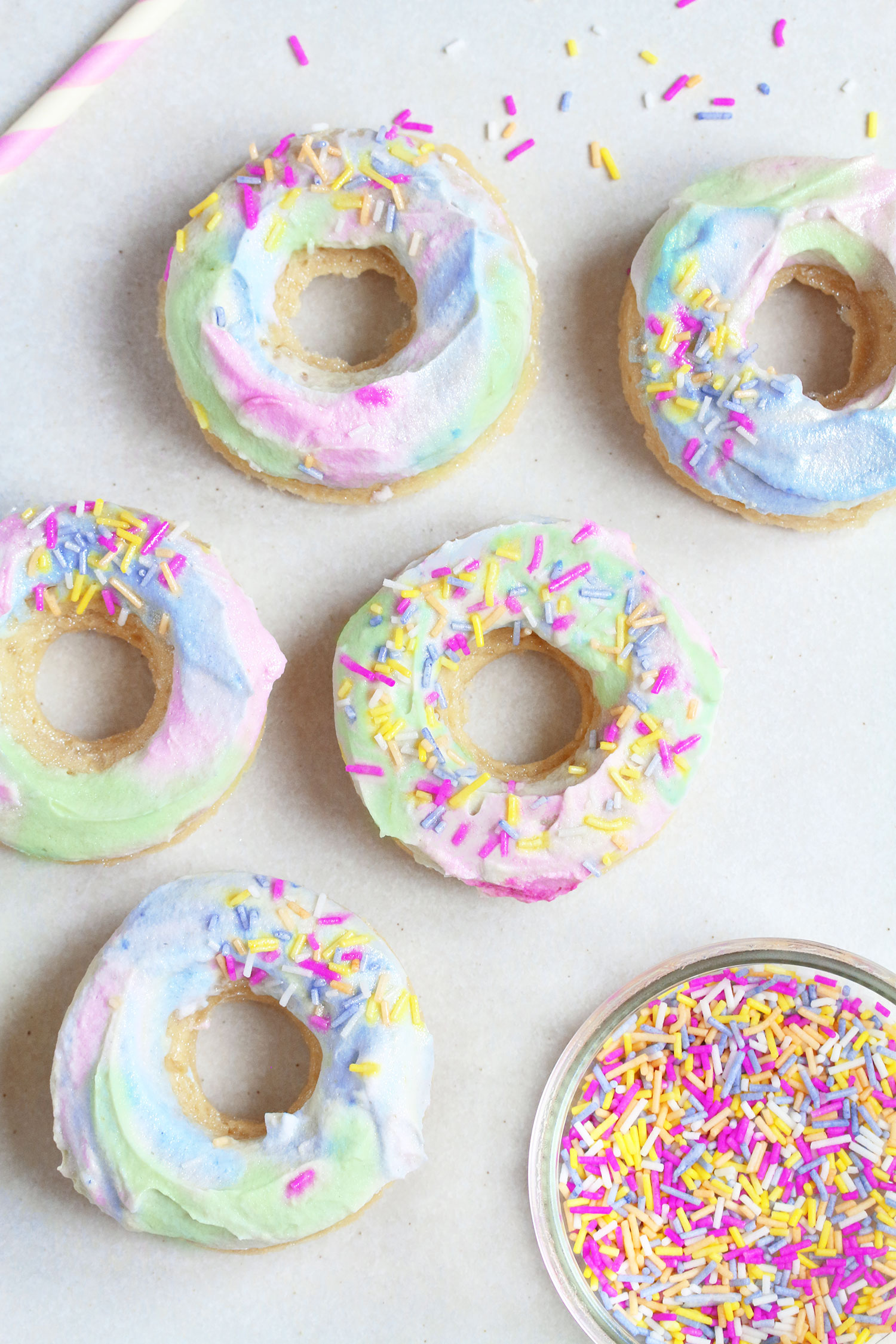 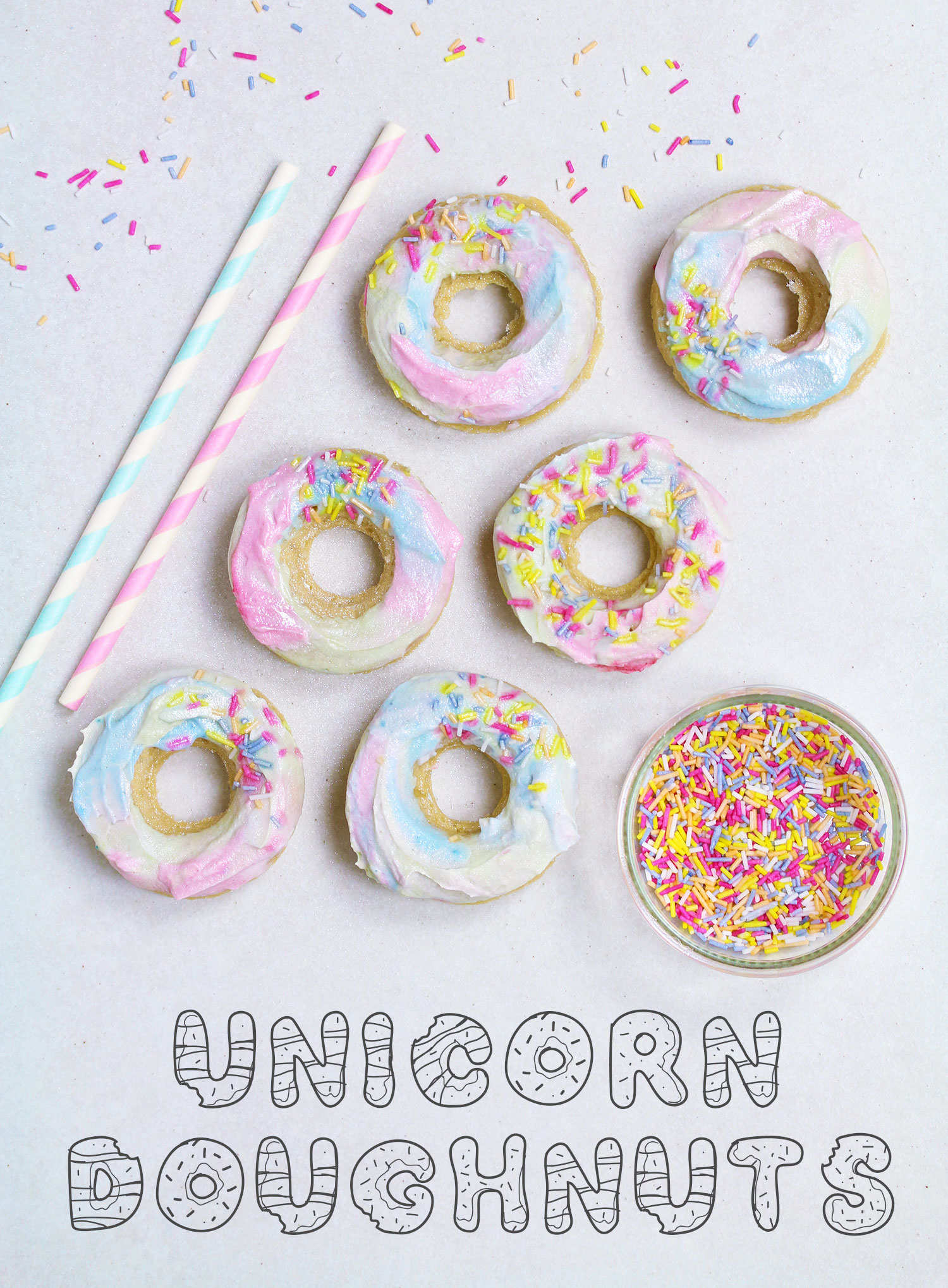 Is it just me or is this year flying by so quickly? How it almost April already?? Today is the first day of spring so it seemed fitting that I would post a more colourful dessert as apposed to my usual chocolate coloured desserts!

I’ve always been drawn to pastel colours. There is such a calming and relaxing element to them and as someone who suffers with anxiety, I need all the calm I can get. I had seen loads of ‘unicorn’ inspired recipes on social media and instantly knew I wanted to join the craze, even if it is only a trend that will pass in a couple of months. If there is a craze to be a part of, a unicorn craze is definitely the one to go with! 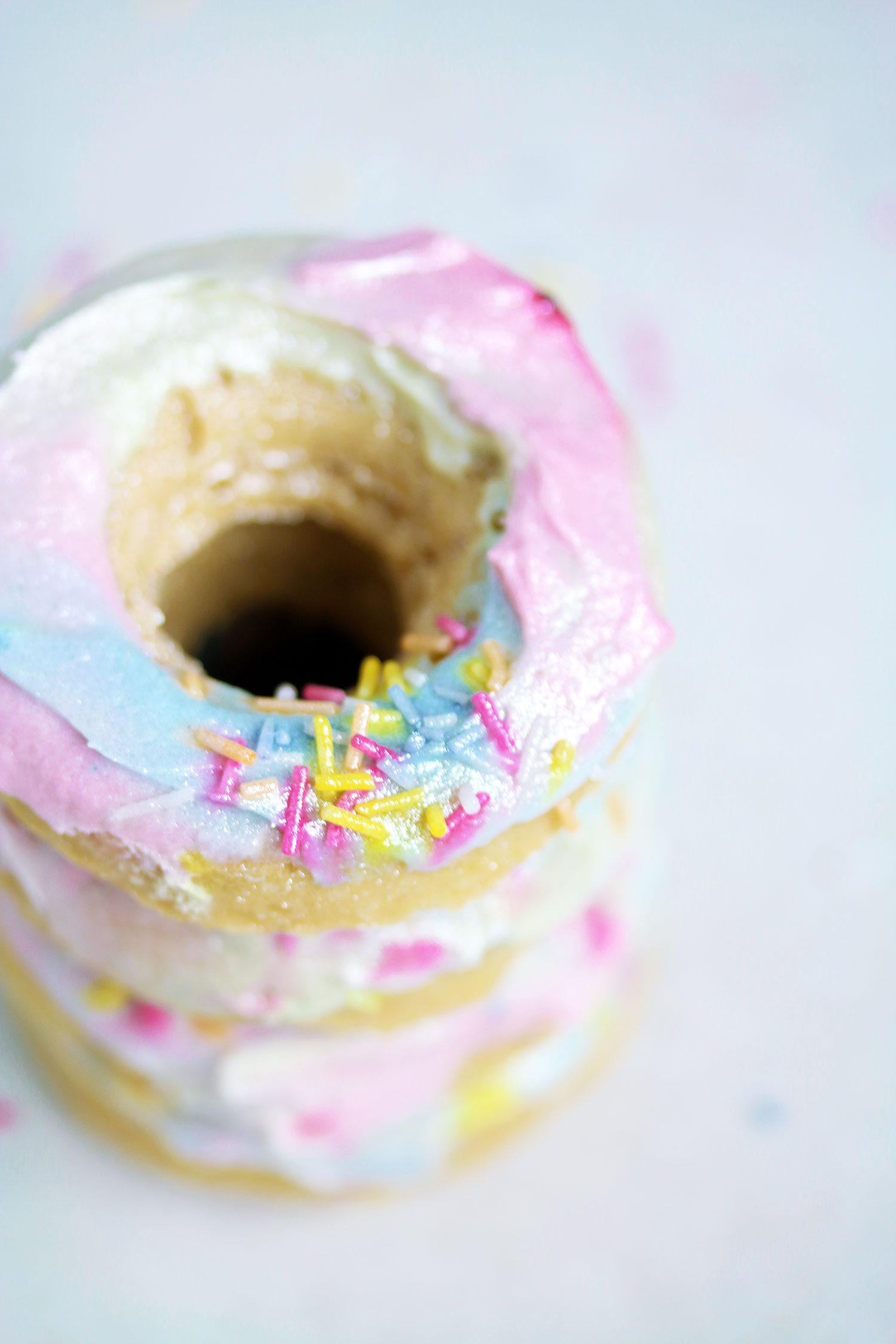 The doughnut itself is vegan, gluten-free and baked making it healthier than a regular doughnut. I had so much fun playing around with the frosting. It’s so easy – made up of only 2 main ingredients + the ingredients I used for colouring.

These vegan & gluten-free unicorn doughnuts would make a perfect treat for little (or adult!) girl’s birthday party, a hen do, or any other kind of girlie party. I only say girlie because I can’t imagine guys wanting to use these doughnuts in any of their celebrations, although I think they totally should. Do you agree? 😛 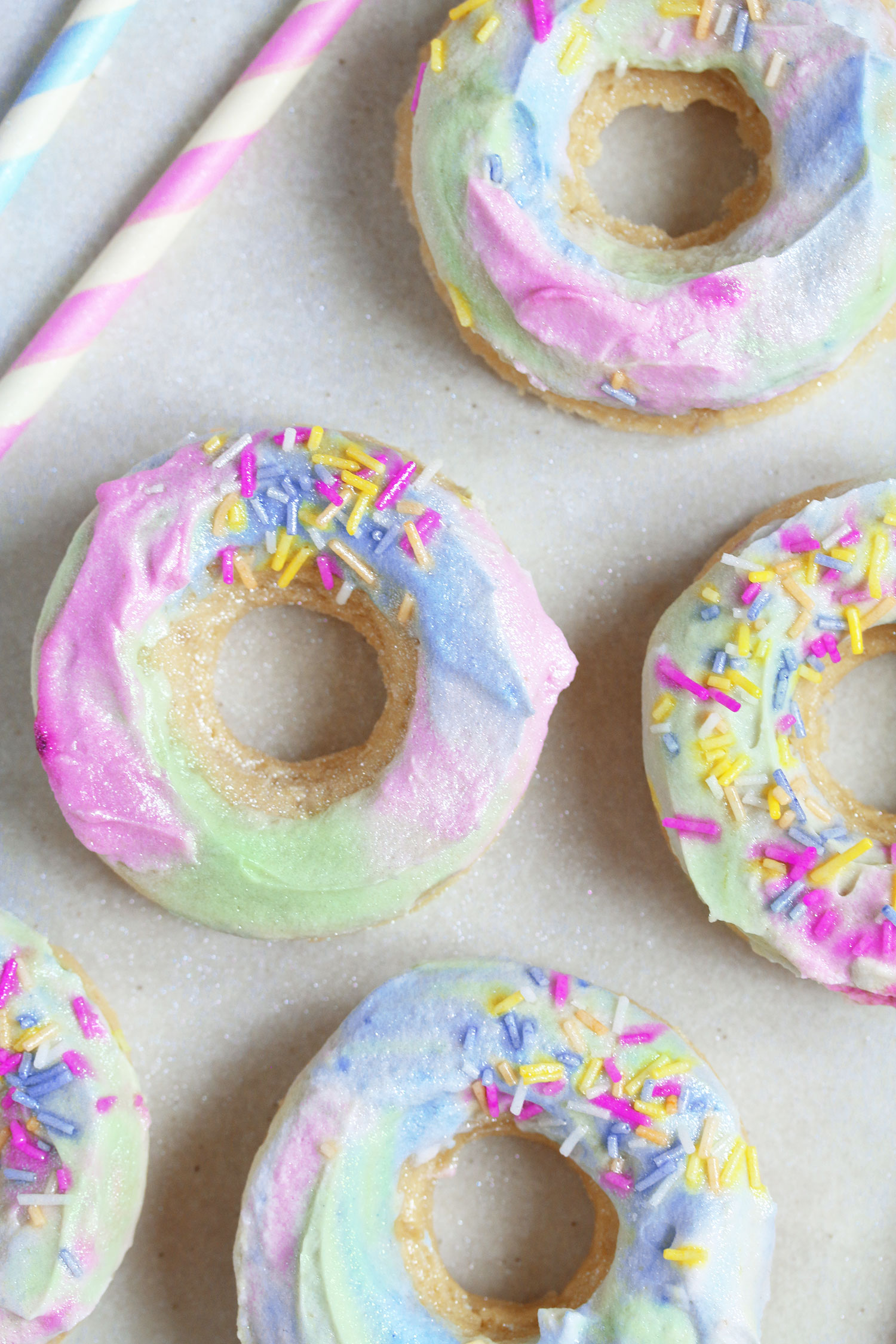 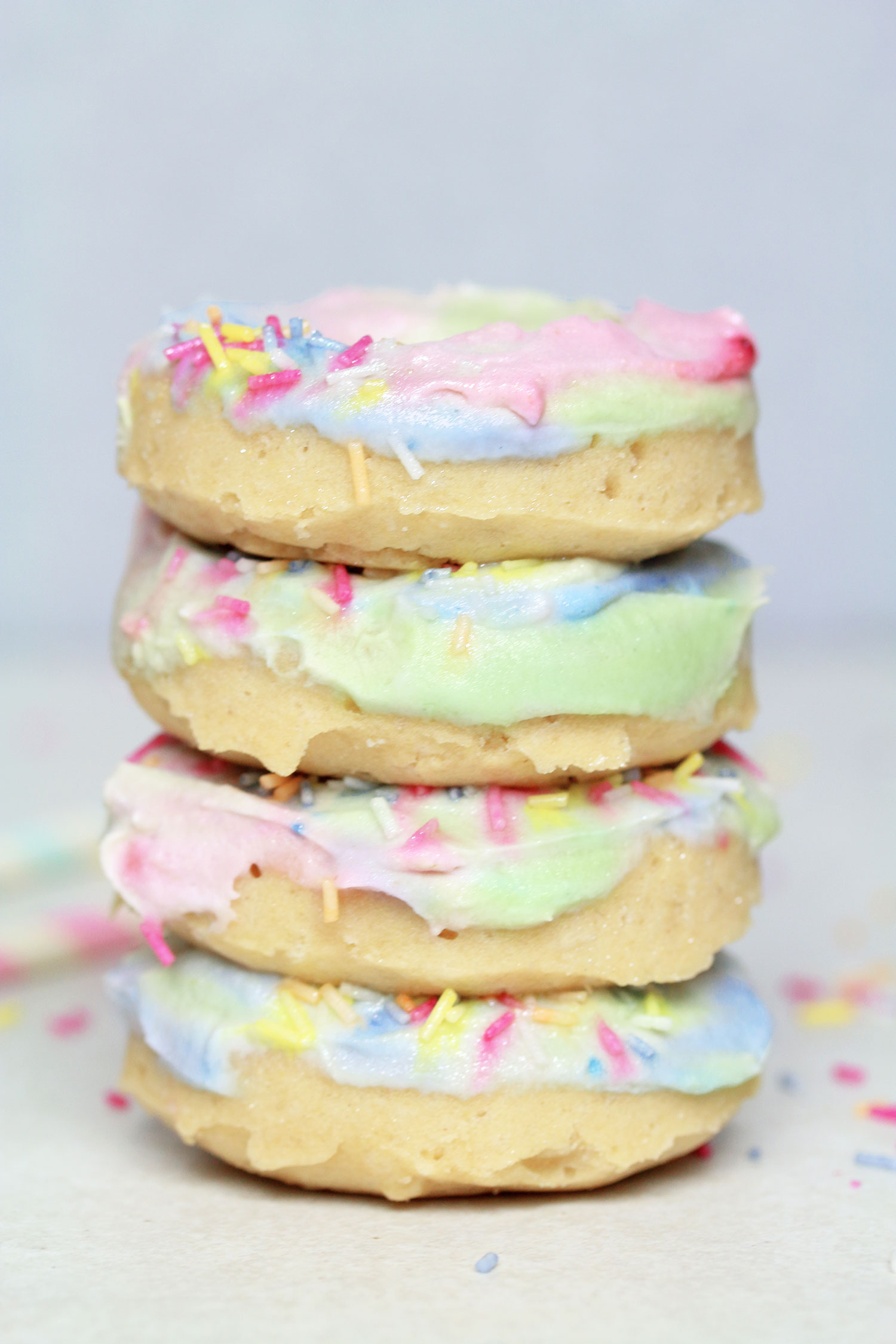 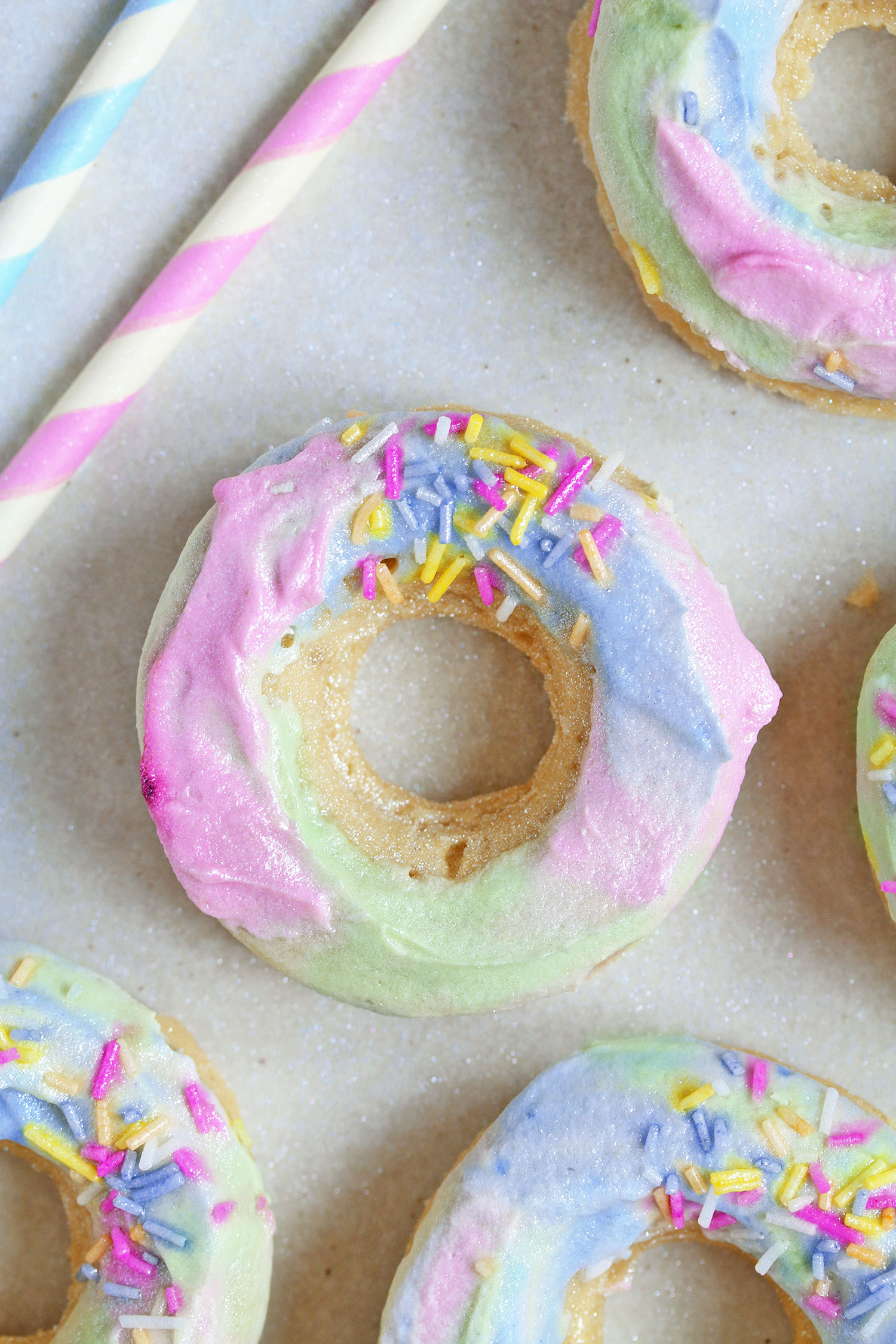