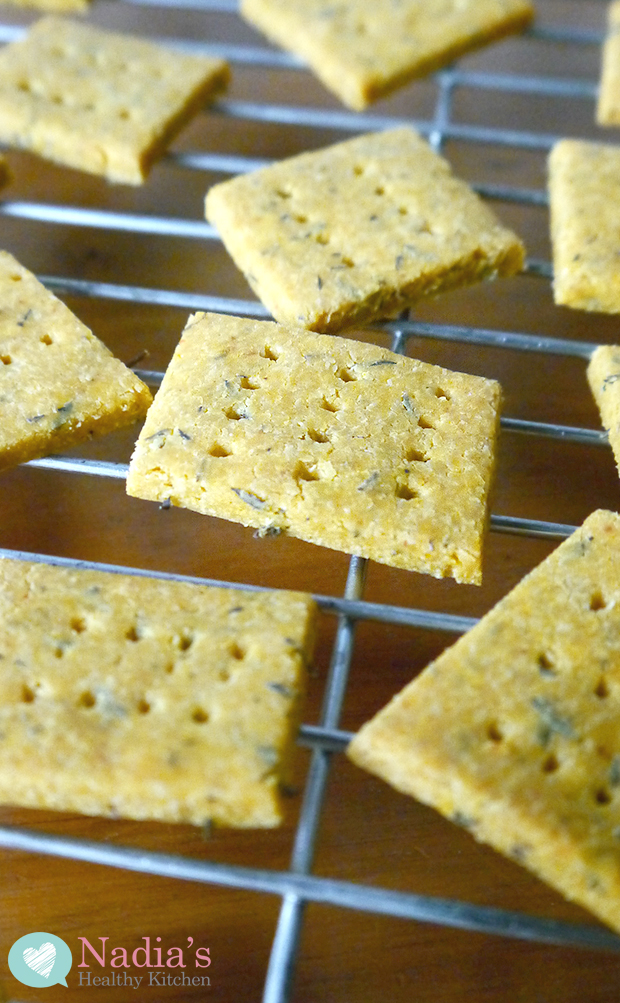 Cheesy crackers…and vegan? How could that possibly be? Well the combination of the ingredients for these crackers give it a lovely cheesy flavour. That accompanied with a few aromatic herbs and spices make these crackers perfect as a snack with hummus, spreads or just simply by themselves!

Instead of wheat flour, I used a combination of gram (chickpea) flour and ground almonds, both of which are lower in carbs and high in protein. These vegan cheese crackers are also gluten free.

You can still enjoy these crackers even if you’re not vegan. They’re much better for you and lower in fat and calories compared to the average cheese cracker.

I must warn you that these crackers are pretty addictive! But to be honest, I would rather snack on something like this rather than something sweet. So they are good to have around in your kitchen for when you’re feeling peckish. I like to eat them on their own or something with some hummus or baba ganoush…mmm! 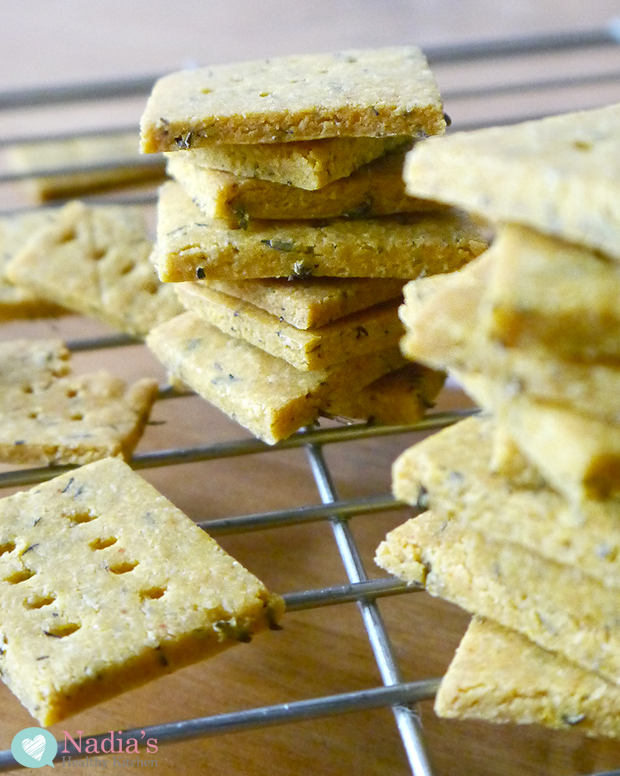 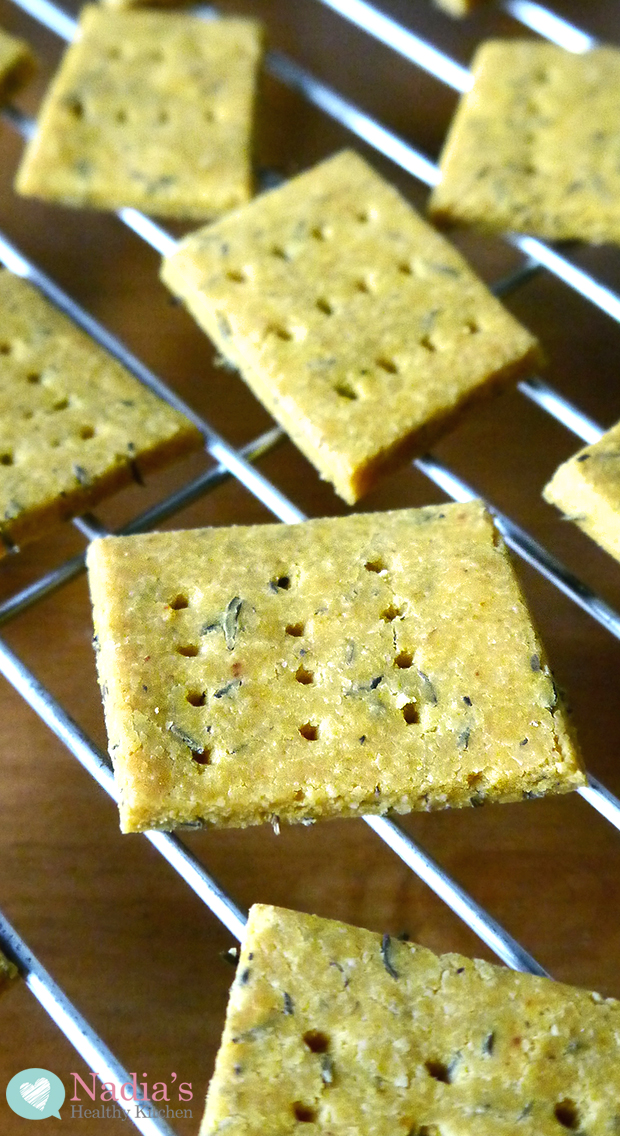